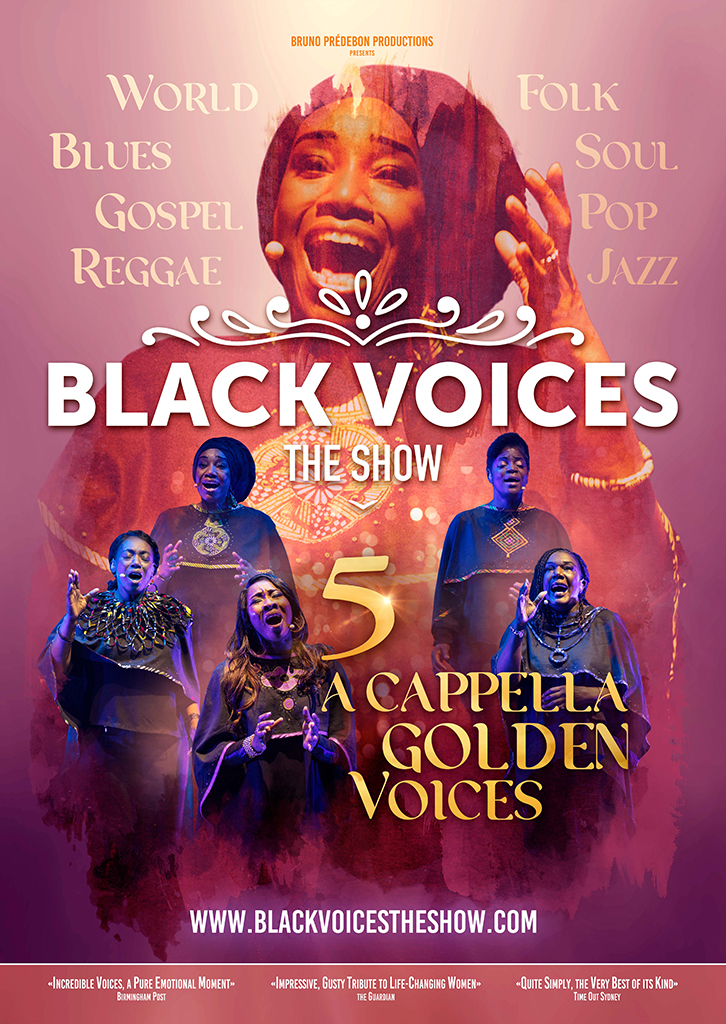 THE STORY BEHIND THE SHOW

Upon completing studies in classical music in Birmingham, Carol Pemberton became a session singer. In 1987, she founded the group « Black Voices » with Sandra Francis. This all female quintet composed of five unique voices has given hundreds of concerts over the past 30 years all over the world. They have always performed a cappella.

Their vocal harmonies celebrate their African, Caribbean and British heritage and transcend the boudaries of language and cultural differences.

During their career, Black Voices have shared the stage with Ray Charles, Nina Simone, Miriam Makeba, Take 6, and Wynton Marsalis. They also had the honour to sing for Nelson Mandela, Pope Jean Paul II, and Queen Elizabeth.

In 2014, Carol Pemberton was awarded the prestigious MBE by the United Kingdom for her contribution to music.

Upon meeting Bruno Prédebon, who was deeply impressed by their voices and authenticity, a new chapter was born for Black Voices as « Black Voices The Show » was created, marking a turning point in the groups history.